They say that talking to yourself is the first sign of madness, but now it could be the key to increasing your productivity.

Microsoft has added a new feature to the online version of Word, allowing M365 subscribers to transcribe audio directly. Transcribe in Word can capture and transcribe audio from your computer’s microphone, or from existing audio and visual files. This means that not only can you give your fingers a break by speaking instead of typing, you can create transcripts of recorded conversations or meetings for future reference.

The feature also comes with a number of impressive extras. It can detect different speakers in a conversation and provide a side by side view of the recording and the transcript for easy comparison and editing. Although Microsoft has imposed a five hour limit on transcribing uploaded content, there is no limit to the amount of your own content that you can transcribe. At present, the feature only works for recordings in English, but support for other languages is in the works.

Microsoft is primarily targeting Transcribe in Word at journalists and students, but its potential business applications are clear. With you and your staff once again being advised to work from home, the option to quickly convert remote meetings into text could prove invaluable.

The transcripts are good but not perfect, and a certain amount of editing will be required. However, this is nothing compared to the time and effort you could save. 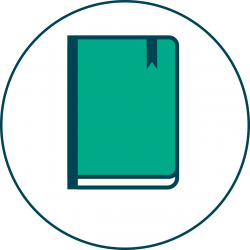 Are you receiving great IT?

A great IT provider will help accelerate your business growth, maximise opportunities and understand your company ethos. If you feel you're not getting maximum value from your IT provider, it could be time to switch.

An overview of Microsoft Teams and the benefits cloud collaboration brings to your business.

Microsoft Teams has played a big part in business communication over the last year. And especially now, as many businesses have adopted a hybrid working environment, we wanted to revisit Microsoft Teams and explore the many benefits it has readily available to all businesses. As with many other Microsoft products, Teams is a multi-layered app, […]

How to migrate to the cloud – the ultimate guide.

If enterprises needed any more convincing to migrate to the cloud, the COVID-19 pandemic has, unfortunately, provided it. With lockdowns forcing staff to work remotely, businesses had to adapt to ensure seamless online collaboration could continue, and cloud technology was often the enabler. Global spending on public cloud services was up around 18.4% in 2021, […]

Everything you probably don’t know about Microsoft 365

Too many businesses today are being held back by outdated and expensive legacy software that’s unfit for the demands of the online era.  By upgrading to Microsoft 365, your business benefits from cutting-edge IT tailored to your needs, which empowers teamwork and boosts productivity and profits – all for one monthly subscription. So what’s new […]

We use cookies on our website to give you the most relevant experience by remembering your preferences and repeat visits. By clicking “Accept All”, you consent to the use of ALL the cookies. However, you may visit "Cookie Settings" to provide a controlled consent.
Cookie SettingsAccept All
Manage consent

This website uses cookies to improve your experience while you navigate through the website. Out of these, the cookies that are categorized as necessary are stored on your browser as they are essential for the working of basic functionalities of the website. We also use third-party cookies that help us analyze and understand how you use this website. These cookies will be stored in your browser only with your consent. You also have the option to opt-out of these cookies. But opting out of some of these cookies may affect your browsing experience.
Necessary Always Enabled
Necessary cookies are absolutely essential for the website to function properly. These cookies ensure basic functionalities and security features of the website, anonymously.
Functional
Functional cookies help to perform certain functionalities like sharing the content of the website on social media platforms, collect feedbacks, and other third-party features.
Performance
Performance cookies are used to understand and analyze the key performance indexes of the website which helps in delivering a better user experience for the visitors.
Analytics
Analytical cookies are used to understand how visitors interact with the website. These cookies help provide information on metrics the number of visitors, bounce rate, traffic source, etc.
Advertisement
Advertisement cookies are used to provide visitors with relevant ads and marketing campaigns. These cookies track visitors across websites and collect information to provide customized ads.
Others
Other uncategorized cookies are those that are being analyzed and have not been classified into a category as yet.
SAVE & ACCEPT